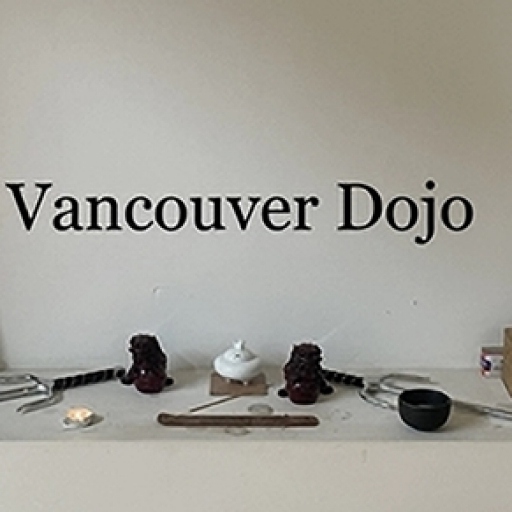 “The name of a thing is merely a word”. -Shakyamuni Buddha

As famous as anything in Martial Arts is the idea of pressure points. Often blown out of proportion and taken out of context these small areas of the body are the cause of a great amount of misunderstandings by both the general public and many martial artists themselves.

These specific spots throughout the body are known as many different terms in the various medicine traditions throughout the world. Acupressure spots, marma points, and many other names are all referring to the same thing, although, sometimes in different ways. So what are they and why are they important? One of the best explanations I've heard came from my Sensei many years ago. He said that pressure points are like windows to your inside. If eyes are the windows to the soul then pressure points are windows to your internal organs. This is because they are physically places where nerve endings become very highly packed and these nerves are all linked to various organs other vital body parts. So to affect the nerves where they surface then affects the functioning of the body on a deeper level. There is a constant exchange of information going on between all parts of the body. The varying circumstances of life require this feedback loop for the body to respond to it's surroundings in order to avoid harm and seek balance. The electromagnetic energy that travels along the nervous system is that information. As the Daoist traditional has often said, keeping a harmonious chi (energy) flow is the most important component of maintaining good health. This is how things like acupuncture can have beneficial results for maintaining good health. By smoothing and sometimes increasing the flow of energy throughout the body a higher level of health can be cultivated. I have often said that this system is like plumbing, it works best when everything is flowing without any blockages. The martial artist uses this knowledge as a means to achieve the most efficient results when the necessity of defending ones self is required. Focusing on strikes or other applications to pressure points allows a greater effect in bringing the attack to an end. By striking or pressing on these points, which are roughly the size of a dime, the attackers mobility and ability to maintain focus are dramatically altered. Unconsciousness and even death are possible with correct techniques if a person is well trained in knowledge of these spots and how to use best affect them. Like many other things in life the most effective results often come from knowing the most direct way to affect the situation. By directly affecting the nervous system for health or for self defense you can powerfully change the very state a body is in, and that is a most useful point to learn. I have attached a diagram of the basic pressure points that every martial artist should be aware of. My advice is to simple look at the picture and let the image burn itself into your mind. Eventually these spots will be easily seen in your training and you'll find yourself naturally aligning your techniques to them in both Kata (forms training) and when working with partners. cheers and good training Sensei Lucas Cheers 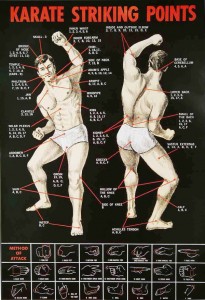