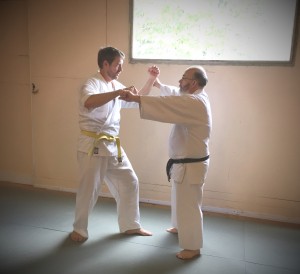 Wealth is lost, nothing is lost.

Health is lost, something is lost.

Morality/Character is lost, all is lost.

A few years ago my brother got married. He had moved out of province almost as soon as he finished High School. Setting his sights on the ample opportunities available at that time in Alberta. Both of us were raised to be hard workers and our father taught us many useful skills. Because of these skills and his own natural fortitude he did well in The Wild Rose Country, eventually finding himself working for a big company in the oil industry and buying his first house. By the time his special day had come I had written out a speech in his honour for the reception dinner.  I found it quite cathartic to muse over the many memories we both had shared. I am two years older than him but I have no memory of life before he came into this world. However one thing stood out above all else, something else our father had done his best to teach us, that blood, love, and honour are ties that bind and need to be matched with heartfelt words and actions. There are many Zen Koans which are suppose to ask the seemingly impossible of someone. One of my favorites is to ask for someone to pull the four corners of Tokyo from their sleeves. These weird little questions and stories are partly designed to get a person to act spontaneously by seeming to lack any sensibility or continuity. It is hoped that in such moments of perplexity and confusion clarity and peace might be found, allowing for Satori to be reached. My Sensei teaches six words that are suppose to lead to peace, they are Compassion, Humility, Honour, Gratitude, Loyalty, and Patience. Over many years I have found these words to be like a well that never runs dry. Every time I pull from that well I get the nourishment and refreshment I seek on all levels, body, mind, and spirit. They are such good words. Words worth listening to at anytime fear or anxiety creep up to the door of our minds, or just as importantly, anytime the question of what might be right and true is confronted. When I wrote the speech for my brothers wedding celebration I came to clearly see the right and true of my responsibilities to him. The love and blood we share dictates that I will always make myself available to aid or support him. At a time in history when narcissism and self indulgence guide society towards an ever darkening abyss remembering our responsibilities and accountability to ourselves, and each other, would go far towards a better world. If I claim that exercising everyday honors your body and will reward you with a better chance at finding your peace in the world that may not be hard to grasp. The understanding that our physical health requires regular exercise, healthy food, and a consistent sleep pattern it well known. But what about our mental and spiritual health, those things are very important to everyone's life and unfortunately they are not as well understood by the majority of people it would seem. The quote at the beginning of this article is the answer to the question of what leads to a healthy mind. It is a truly fascinating thing but if you still your mind and sit quietly with any situation you might be facing you will find within yourself the answer(s) you seek. Deep in the quiet parts of the unconscious is a knowing we all have as to what is right for us, not necessarily right for anyone else. In the Dojo this is cultivated largely by the fellowship of the Dojo itself. A Dojo is a very special place, it is a sacred space, built for developing individuals and growing communities. There's very few things like it in the world. Lifelong friendships are developed, rivalries are born and forgotten, and in the end it becomes like a second family. Slowly over time a person who's eyes and heart are open will see their fellow Martial Artists having meaningful influence in their lives, and that they themselves are influencing the other members of the Dojo. Once this becomes apparent the responsibilities that must be carried by the Martial Artists becomes clear. Gichin Funakoshi famously said that Karate wasn't just for the inside the Dojo. Part of what he was getting at was this idea of caring how you influence and are influenced by others. My brother, like the rest of my family,  makes me who I am and so I need to honour that connection to sustain my mental health. To ignore these responsibilities is to cultivate guilt and resentment which then lead to narcissism and further illness. It is in heartfelt words and actions, born out of loyalty and honour, that we can build a world worth living in and leaving to the next generation. This might mean helping your Sensei clean up after class, or it might mean taking some time to help your sister move apartments, or it could just be smiling kindly at a stranger when they pass you buy. When added up it just means that mental health and a better world are the result of knowing the responsibilities of the heart both in and out of the Dojo.