Think of your opponents hands and feet as swords. 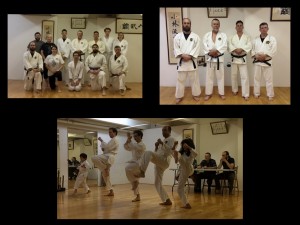