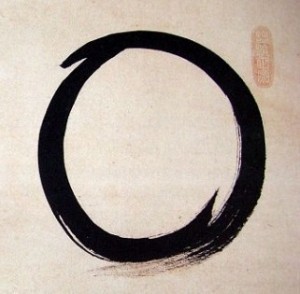 One of the most important and daunting aspects of training in the Martial Arts is the realization of how there is no conceivable end to the study. Once  the depth and breadth of knowledge that any single art possesses is perceived, even to a small degree, it becomes clear that one lifetime is nowhere near enough time to truly grasp the knowledge in every way and in every detail. My teacher, Sensei Douglas Mortley, often uses the analogy of a ladder that one climbs where when you look up you simply see infinity and when you look down you also only see infinity. The only thing that matters is that you keep climbing. I began my Karate training around 1997 at a Goju Ryu Karate Dojo in Duncan BC. I had been previously training in boxing and kickboxing and found the Karate to be a fantastic next step from those studies. And as anyone who has ever trained in any Traditional Dojo knows Kata is the heart of the learning in Traditional Karate. A Kata is a prearranged set of movements that can be thought of as a living textbook from which a student learns and develops the principals and techniques which make Karate what it is both as a self defense system and life path. In the Goju Ryu System there are 12 Kata usually taught. Two of them, Gekisai Ichi and Gekisai Ni, are considered basic Kata for beginners and are used to introduce the the fundamentals of the art. In Shotokan and other Shuri-Te influenced styles the Pinan/Heian Kata serve the same purpose. Goju Ryu also has two Kata developed as a sort of Qi Gong exercises. These are the Sanchin Kata and the Tensho Kata. These two Kata teach the core essence of the Go or hard/external elements of the system and the Ju or soft/internal essence of the system. Sanchin being the Go Kata and Tensho being the Ju Kata. So that leaves eight other Kata in the system. They are Saifa, Shisōchin, Seiyunchin, Sanseirū, Seisan, Seipai, Kururunfa, and Suparimpei. When I switched over to train Karate exclusively with Sensei Mortley and the Shorinji Ryu Style he teaches I knew 5 or 6  of the Traditional Goju Kata as they were taught at the first Dojo I was attending. In so many ways though I was starting from the beginning again. The Shorinji Ryu system that Sensei Mortley teaches includes all the Goju Kata but I quickly learnt that the Goju Kata in the Shorinji Style were practiced significantly differently that I had been training them. So I began learning the system all over again. That was just over 12 years ago. Sensei Mortley often teaches Kata that are outside of the main Shorinji Ryu curriculum at his monthly seminars on Vancouver Island at the Mill Bay Traditional Martial Arts Dojo. Slowly and steadily he has been teaching the entire Goju Ryu Kata syllabus and I've been getting closer and closer to accomplishing a very old goal of learning the entire Kata list from Goju Ryu Karate. The process kept moving forward until the last seminar in May 2016 when I Sensei Mortley taught Seiyunchin Kata. At last I had learnt the entire Goju Ryu Kata list. It was and is a milestone and something that I have been reflecting on since then. Seiyunchin itself is a strong, low stance based Kata that emphasizes grabbing and pulling techniques. It has an opening sequence that looks very stoic and powerful. Various schools translate it as, marching far quietly, to control and pull in battle, and my favorite, the storm within the calm. Its origins are thought by some to be in the Xingyi internal system while others think it is from the Tiger Shaolin system (it is known in some schools as "the Tiger Kata").  However as good as it is to have hit such a milestone and have learnt an entire system, especially being as that system was the first one I began with, it was really quite anticlimactic. My Kata list is currently running at around 67 Kata in total these days but there isn't one of them that I feel I've even sort of mastered. So my ego can't really claim much from this. Yes I've achieved a significant accomplishment by having gotten to this point but in martial arts there is no end point so it doesn't really change anything. I still need to train everyday just like I always have. I also still need to be vigilant with myself on not just stances and techniques but also with my character and perspective on life, as I always have. Karate and other Traditional Martial Arts are like that. They really don't let a person ever gloat or feel as if they've every gotten to a finish line. Instead they simply ask you to continuously and ceaselessly work on yourself. No matter how many Kata you know or how many applications you can demonstrate those things are not relevant to what you are doing in the present moment. It's in the present moment that you exist and unless your training while reading this (bravo if you are) then your not progressing. The number of Kata you know does not change the endless path, it only makes it more endless. Happy Training