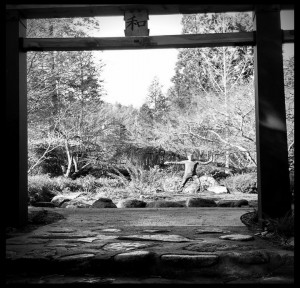 Ann joined the Dojo roughly two years ago. She had done two Tai Chi Chuan sessions at the local university and wanted to take her training further so she joined the Karate classes that are a main component in my teaching schedule. In the past two years it has been obvious that the training has benefited her greatly. The usual benefits like better health and a sense of centered and peaceful confidence have been apparent. On top of that I have started seeing her getting more and more capable of using the techniques of Karate to the point of being able to throw around some of the physically larger male members of the Dojo. Being able to actually defend yourself against a larger and stronger opponent is always an empowering experience and when the student is a petite women it tends to make the achievement that much more empowering. However as exciting as it is to be able to help women develop the skills necessary to be able to honestly defend themselves it is only the beginning of what the martial arts are designed to do for the individual. The real test is to overcome the self. And that is something Ann, along with every other person who trains in these arts, can only achieve with long term disciplined efforts and tremendous personal strength. It is often said in martial art circles that the real goal of training isn't to defeat another to but to overcome the shadows and fears harbored deep in the psyche. Self-defense serves as a key component of that process however it is only one step along a life long path, albeit and without a doubt, it is a very important step. This then begs the question of what kind of strength does it take to walk the path and overcome yourself as it should be obvious by now that I'm saying physical strength by itself is not enough. Dave Lowery has a great article (uke article) on the meaning of the term "uke" which points out that the ability to receive an attack is the superior method of measuring strength in martial arts. This might seem contradictory as most people tend to think of strength as being measured by how much weight a person can lift or how many boards they can break.  In stark contrast to this notion is what traditional arts have to say about strength both in technique and philosophy. In every traditional art the highest level of technique is to turn the energy of the attacker back against the attacker. If you ever get a chance to to see a truly skillful Sensei or Sifu demonstrate it can look like it takes no effort at all to throw a 200lb man clear across the room. This is the strength of receiving in action and to receive an attack is a yin energy concept. It is said in Daoist philosophy that all things come from the void and that all things return back to the void. Lao Tzu called this idea the "mother of the world" and so gave it a feminine connotation. Yang energy then comes forth from this void and in the end returns to it once it's energy is spent. This idea obviously parallels with the Gaia concept as we all are born of the earth and in the end return to it as dust and bone. So if the highest from of strength is to receive then the void is essentially infinitely strong because it receives all equally and nothing can truly harm it. It is why Tai Chi Chuan is the 'grand ultimate" and the "aiki' in Aiki-Jujutsu and Aikido means to blend or be in harmony, and for the KarateKa is holds a deeper meaning of the term Kara-Te as the open hand art. Kara can mean void making Karate the "void hand way". All of this then points to the idea that the way is one of softness and harmony. So how does that make sense in terms of the core purpose of the martial arts, that being to conquer oneself. Well just as when a larger opponent attacks a physically weaker one using strength against strength is not going to work. So it is when one faces themselves and their internal shadows. It simply won't work to be aggressive and forceful during an internal battle. In fact it can only cause more harm. Instead, whether male or female, the individual must receive what is being thrown at them. Only by doing this can the internal battle be won. Time will tell if Ann can find the courage to face her demons as we all must. I hope she does, as I hope we all will.
Tags:

The Sharpend Blade And The Truth

Milestones And The Endless Path