The word simply refers to a pattern or sequence of techniques practiced as a solo exercise in traditional martial art schools from Japan and China. Very often these movements are not well understood or appreciated by people outside of the old martial art systems. This is because on the surface they may look like simple prearranged sequences of techniques. But in truth they are the living heart of the traditional martial arts.

The famous Tai Chi Form of 108 Movements contains the entire comprehensive teachings of the art of Tai Chi. In traditional Karate this is accomplished by teaching a series of shorter forms called kata.

These sequences of continuous dynamic movements are both an inner meditation and an active external exercise for developing precise physical dexterity, timing, flexibility and core strength. Each traditional form represents a lineage of hundreds (if not thousands) of years of devoted study by multiple generations of practitioners.

When one learns a Kata/Form sufficiently and no longer needs to think about each succeeding movement they can then begin to apply the next stage of training, knowing when to use kime/fajing, or focus. This is when the entire musculature of the body is used to guide the limbs towards an intended target at a specific point in space. Once achieved the muscles are contracted, stopping their motion in an instant and allowing the kinetic energy to be transferred into the target. The tightening and relaxing of the correct muscles takes a tremendous amount of concentration and it is only in the practice of Kata/forms that we can learn to control our body to respond to our wishes and also exercise the same control over our breathing. When the movements of a kata/form become so familiar that they can be practiced without hesitation or thinking, a mental relationship to both the body and the kinetic energy inherent in the movement will be released and a deep meditative perception will develop. — A mind-body-spirit awareness will be absorbed. This energy pattern will result in a strong sense of controlled concentration.

Past studies have shown that practitioners of Zen and Yoga display an alpha wave activity (these waves are steady fluctuations reflecting electrical activity of the brain with a frequency of 8-13 cycles per second) during periods of meditation. A kata or form expert develops the alpha wave state in an active or potentially active state. He or she is profoundly attuned to the totality of their surroundings and experiences of a radical awakening in directional awareness.

So if you put all this together it becomes apparent that by training Kata/Forms a student learns far more than just some self defense moves.

No comments to show. 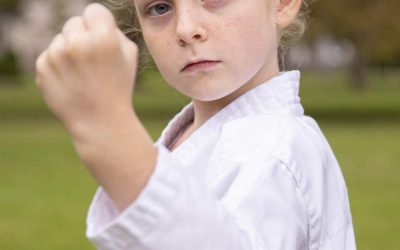 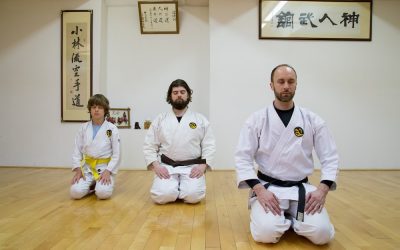 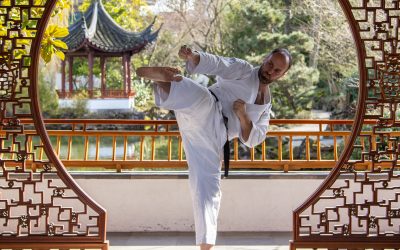 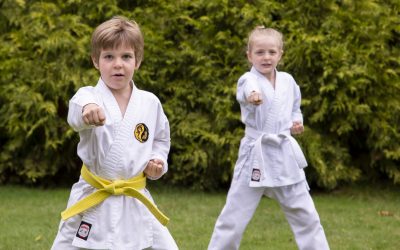