At The Vancouver Traditional Martial Arts Dojo, our training is the result of countless generations of martial arts practitioners working tirelessly throughout their lives to provide the optimal strategies for living a successful life.

Whether it is Karate, Tai Chi Chuan, Kobudo (traditional weapons) or Jujutsu, these practices all require hard work.

Discover the highest mental, physical and spiritual version of yourself you’ve ever known.

TRY A FREE WEEK OF CLASSES 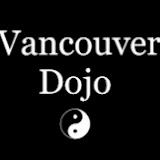 Richard Cunningham
I came to this Dojo to learn Tai Chi in a way that honours its martial heritage - Lucas does not disappoint! Self defence, active meditation, and physical activity all in one.

MIGUEL MARTINEZ CEJA
Parents/Children class is great for everyone. You must give it a try to keep the little ones excited and active. Very warm and welcoming group.

Matt Inkredamine
I love Vancouver dojo! Sensei Lucas has a really great way of teaching that makes learning martial arts a good mix of fun, but also seriousness. I have learned many new skills and doing the Tai Chi classes has benefited both my mind and body. Thanks Vancouver Dojo!

Pete Giesbrecht
I am very happy to hear that they will not discriminate. Stay strong!!

Lydia Hentschel
I train here with my young daughter - it's perfect for us and doesn't fall into any of the negative stereotypes that surround a lot of North American martial arts training. The instructor is very even and relaxed - he wants you to succeed and will push you to a degree that he knows is appropriate for the individual, but there are no overly "macho" or "militaristic-like" attitudes here. He keeps it a friendly and safe environment for everyone and doesn't let anyone's ego go unchecked. The dojo offers three types of classes: adult karate, adult tai chi, and kids (plus parents if they'd like) classes. My daughter and I attend the karate classes, while my partner attends the tai chi class. The tai chi taught here is real tai chi - it's not just a type of exercise class, it's a proper martial art and you will be taught how to apply the techniques to defend yourself. In the summer, and if the weather is good, there is also a combined tai chi/karate class on the weekends that is held in a nearby park which makes for a great change of pace. Overall, if you're looking for a great place to train and become part of a small dojo family, this a perfect place to do it.

Alex Hentschel
Our entire family (two adults, one kid) have been training at the Vancouver Dojo for a couple of years now and we have had a very positive experience. It's a smaller dojo with a personal and friendly atmosphere. I am participating in the Tai Chi training. It's a great balance between learning and refining the Tai Chi forms, but also learning the underlying applications originating from martial arts.

Paul Breau
Sensei Lucas is an experienced and supportive martial arts instructor. The Vancouver Dojo is an excellent place to practice traditional karate and tai chi. My daughter and I have practiced karate at the Vancouver Dojo for the past two years. We enjoy developing our skills and have made lasting friendships with other students. Sensei Lucas works with each student and helps them discover their own best potential. If you're thinking about studying a martial art like Karate, Jujutsu, or Tai Chi, I highly recommend Sensei Lucas and the Vancouver Dojo.

Dave Gowans
I've been training here for 8 yrs now and my 11 year old daughter for 3 yrs. Sensei Lucas is a kind, knowledgeable and skilled martial artist an excellent teacher. He is great with kids, encouraging them to reach new heights of confidence both mentally and physically. As a parent and a student I suggest you try this dojo if you are interested in a traditional style of Karate for yourself or for children.

LS
So thankful for a dojo and community of this calibre on the west side!

Karate-Do is the most well known traditional martial art developed on the islands south of mainland Japan today called Okinawa. The word karate translates most simply as “empty hand”. This is partly due to the idea that Karate is a weaponless martial art. It develops the body and mind to the highest levels of human potential. The end result of that training is an individual who can competently face life and all it might throw at them, and do so without any dependency on anything but themselves.

Along with training Karate students are gradually introduced to other related arts like Kobudo (traditional weapons), Tai Chi Chuan, and Jujutsu. Karate training will show your child that they have the capacity to learn and grow, regardless of mistakes. Karate training offers them achievable goals to work toward and encourages them to have a mindset of continual self-improvement. Tai Chi Chuan is an internal martial system with roots that stretch back into the Daoist temples of ancient China. Combining graceful and powerful movements with concentrated breathing and mental focus training Tai Chi Chuan becomes an active, dynamic, and living, meditation.

Tai Chi Chuan is designed to be a very advanced martial art system. By using the principle of redirection to turn the energy of the attacker back at them it can be utilized by anyone regardless of age and size. Lucas can you send me the missing responses pls

How do I choose a dojo?

What traditions of martial arts do you teach?

Do you have a beginner's class?

Am I too old/young to join?

There is no maximum age to training. Keeping the body and mind healthy and focused is one of the key reasons training was developed. It is for all ages.

Kids & Parents Karate at the Vancouver Dojo is designed for kids ages 5 to 8 years old and assumes one parent at minimum will be involved in training alongside their child.

Kids 8 years old and older may train without a parent, though we strongly encourage parents to join as well.

Can I join with a shoulder/back/knee etc injury?

Injury management is all about paying attention and being careful in the approach you take to your exercising. A mindful practitioner will use the injury to better understand how to make more of having less. Training can also provide a useful form of movement rehabilitation after injuries if the practitioner is careful and moves in the correct way. TRY A FREE WEEK OF CLASSES

I was in my early twenties and new to living in the massive urban hub called Toronto. I had been training in Goju Ryu Karate…